In the mid-19th century, a phylloxera plague nearly drove one of France’s most prominent strains to extinction. Against all odds, this strain managed to take refuge on the other side of the Atlantic Ocean, in Viña Carmen. Today we celebrate the 25th Anniversary of the Rediscovery of Carménére, the lost grape variety, which reappeared in Viña Carmen in 1994. Inspired by this occasion, we have created a limited edition of this variety, called V Lustros, as it is the fifth celebration of a “lustrum” – a period of five years. 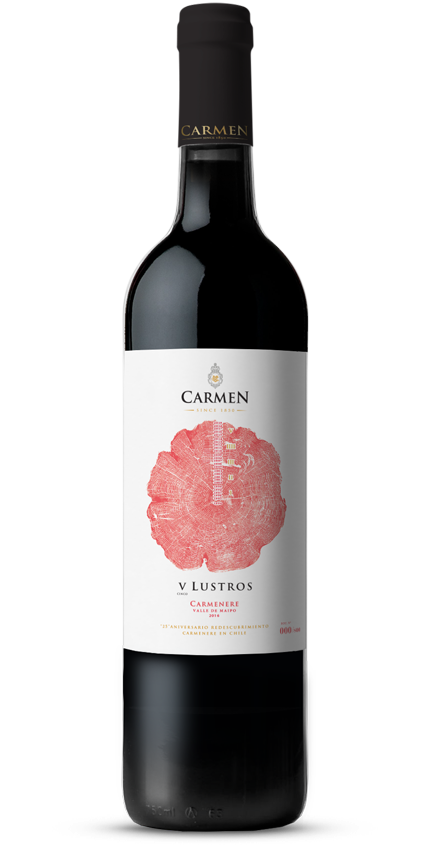