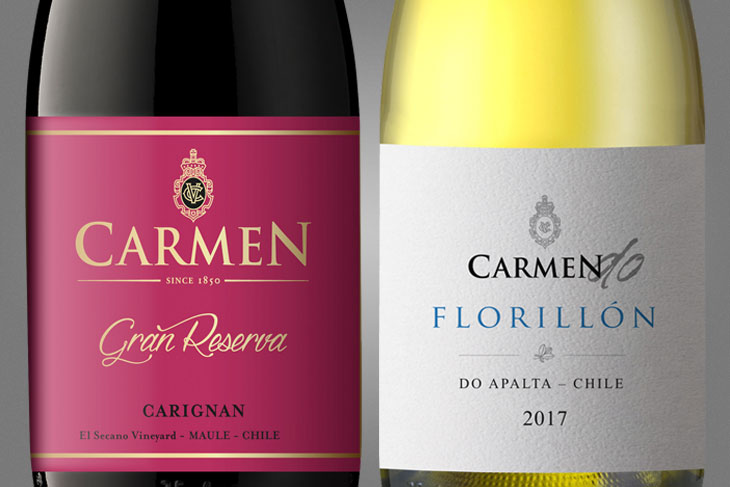 “The historical vineyard of this Gold Reserve, which’s first vintage was 1993, is Carneros 288, a plot planted in 1957 in Alto Jahuel. But with the years, those vines have been affected by different diseases, lowering its yields. The situation reached its peak in 2015, so winemaker Emily Faulconer decided to source grapes from another plot in the estate, much younger, planted in 2002 with masal material from the historical vineyards of Carmen in Alto Jahuel”, commets Tapia.

And adds, “According to Faulconer, this vineyards of alluvial soils brings round tannins and acidity. This year, in addition, only second and third use barrels have been used (for the first time in its history), which has allowed for the fruit to take the leading role, presented here very fresh, in a Gold that feels medium bodied, something completely unusual in this always robust red. An important change that adapts to the current times”.

On the other hand, Carmen DO Matorral Chileno 2018 was chosen as “The Best in Melozal” with 95 points. Carmen DO Florillón 2017 and Carmen Gran Reserva Carignan 2017, were selected as “Revelation” wines, with 93 points each, same score that Carmen DO #1 Semillón 2017 received.