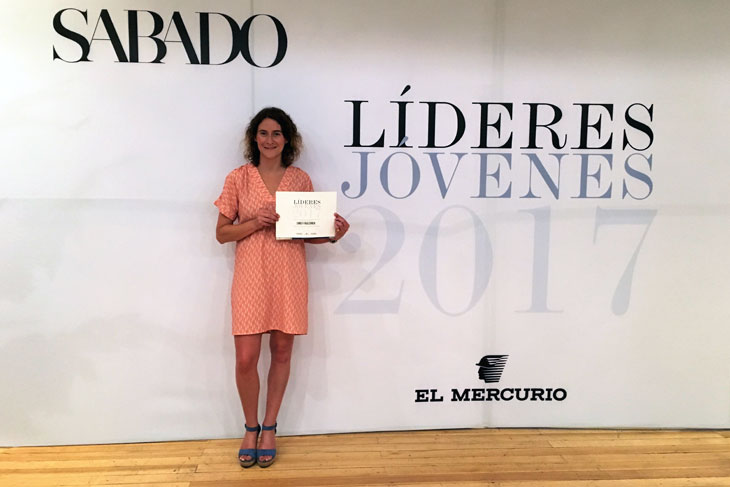 Santiago, December 2017. Emily Faulconer, Viña Carmen Chief Winemaker, was chosen among the 100 young leaders of Chile by “Revista Sábado” of El Mercurio, considered one of the most important newspapers in Chile.

This recognition, which has been given during 17 years by the Chilean media and the Universidad Adolfo Ibáñez, highlights people who have influenced their environment with a common idea: improve Chile. “She has made an ascendant career in the wine world in Chile and today is dedicated to the Premium range, focusing on making them with their own identity and rescuing the value of the terroir they come from,” says the publication about Emily Faulconer.

Likewise, the media highlights the successful passage of our winemaker by projects in Chile, France, New Zealand and the United States.

It is important to point out that, Emily was named the chief winemaker of Viña Carmen in June of this year and has continued improving the range of premium wines of the vineyard. Additionally, she has continued and strengthened the internationally acclaimed innovative projects of Viña Carmen.